The Amazing Benefits of Raspberry Ketones on Belly Fat

Raspberry Ketones are a form of weight loss supplements. But, do raspberry ketones really help you lose weight?

Let’s take a look at the science behind raspberry ketones and the weight loss supplement Raspberry Ketone Plus.

The raspberry ketones were then converted by the body into structurally-related metabolites (SRMs) and microbial phenolic acid metabolites (PAMs).  These SRMs and PAMs were detected in the brain, plasma and white adipose tissue (ie fat).

The study found that the bio-availability of raspberry ketones in obese mice was almost double in comparison to lean mice.

This is because raspberry ketones, when converted into the structurally related metabolites and phenolic acid metabolites then deposit themselves in ‘lipid-rich’ tissues, ie fat.

The study also showed that in obese mice the elimination of the raspberry ketones was delayed, meaning, they stayed in the body longer.

In short, the larger amount of weight you have to lose, the more beneficial raspberry ketones will be for you.

I found another study published where weight loss supplements containing raspberry ketones were tested in humans.

The participants were obese, but otherwise healthy. A mixture of men and women and took the supplements for 8 weeks in conjunction with diet and exercise.

Here is a snapshot of how much better the participants did when taking raspberry ketone supplements, than those who took the placebo:

I’ve linked to these studies above and more studies below, so you can read and interpret this information yourself, if you wish.

Other Proven Results of Raspberry Ketones

If I can go back to the studies above for a moment, as I feel it is important to note that the diets that tested the raspberry ketones were calorie restricted, not a ketogenic diet.

It is also noted that on this diet of 40% of carbohydrates per day blood glucose increased slightly in both groups at the end of the 8th week, as did the total cholesterol levels for the placebo group.

The researchers state that the differences were not statistically significant, however, for someone like myself who values the benefits of the ketogenic diet, this simply confirms for me that the traditional low fat, high carbohydrate diet isn’t good for you.

The other key takeaway I noted from this study is there were no statistically significant differences in body weight, fat mass and lean mass during the first 4 weeks.

In short, supplementing with raspberry ketones isn’t a short term or fast weight loss solution. Particularly when you are following a diet of 40% carbohydrates.

It would be interesting to find a study where raspberry ketones were used in conjunction with a ketogenic diet.

Do Raspberry Ketones Put You In Ketosis?

No. Raspberry Ketones have a beneficial effect on fat metabolism. They may assist with appetite suppression, but they will not put you in ketosis, nor are they designed to.

If you are looking for a product to put you into ketosis within 60 minutes, take a look at Real Ketones, or other exogenous ketone supplements.

How Effective Are Raspberry Ketones?

The effectiveness of raspberry ketones will depend on your individual circumstances.

As we’ve already established in the clinical trials, raspberry ketones are more effective on obese patients, that is, those with higher fat levels.

This may also depend on the type of fats you eat.

When Should You Take Raspberry Ketones?

Raspberry Ketones should be taken with meals.

Raspberry Ketone Plus recommend taking 2 capsules daily with a meal. The two capsules should be taken at the same time.

Raspberry Ketones are best used with a sensible diet and exercise program. If you’re choosing not to follow the ketogenic diet (or even if you are) and wish to take raspberry ketones, be mindful of the choices you make.

Just because it has been established that raspberry ketones have beneficial effect on fat cells, doesn’t mean you can eat a highly processed junk food diet full of the worst possible fats and take raspberry ketones to try and counteract this.

The same goes for the keto diet, supplementing with raspberry ketones doesn’t mean you can eat that extra fat bomb…

What Are The Side Effects of Raspberry Ketones?

There were no reported side effects found in the clinical trials mentioned above.

One article discussing weight loss supplements in general mentions raspberry ketones and two possible safety and/or drug interactions for diabetic patients and those taking the anti blood clotting medications such as warfarin.

The key takeaway is if you have a pre-existing medical condition, consult your Doctor before taking any supplement.

Even if you don’t have any pre existing medical conditions, you may still want to involve your physician in your weight loss journey.

About Raspberry Ketone Plus

Raspberry Ketone Plus is a vegan friendly, vegetable based raspberry ketone supplement made in the USA.

Other ingredients are cellulose (the capsule), rice flour, magnesium stearate and silicon dioxide. See the supplement nutritional information below. Note the serving size is two capsules, so the milligrams quoted is based on two capsules.

Firstly, if you’re following a ketogenic diet and considering Raspberry Ketone Plus, it is important to know that African Mango Irvingia Gabonensis) is not actually a mango.

African Mango looks like a mango and this is where it gets its name from. It is the seed of these fruits that is most often used.

“The fatty acid component, which is the majority of the irvingia gabonensis seed, appears to be highly saturated and mostly medium chain triglycerides (similar to coconut oil although with a lesser content of short chain fatty acids and more long chain fatty acids)”

The general consensus is that more studies are needed (of course), however, so far african mango supplements have been shown to have a positive effect on blood glucose, LDL cholesterol and a reduction in food intake, which in turn saw a weight reduction.

Studies also showed it slowed gastric motility, so anyone who suffers from diarrhea with MCT oil may find this product offers a solution of getting in your medium chain triglycerides without the side effects.

Green Tea has many health benefits including possible improvements in insulin sensitivity, increase in fat oxidation and reduction in LDL cholesterol.

Caffeine is a known nootropic and helps to increase mental stimulation, improve physical strength and endurance. Caffeine has also been associated with increase in fat oxidation.

Apple Cider Vinegar has been linked to weight loss and body fat reduction.

Kelp is a species of seaweed which has anti inflammatory properties.

Conclusion – Are Raspberry Ketones Worth Buying?

Based on the clinical trials of raspberry ketones, there wasn’t a lot of body fat reduction or weight loss in the first 4 weeks. If you are planning to try Raspberry Ketone Plus, we recommend doing so for at least an 8 week period.

Raspberry Ketone Plus also offer one free bottle when purchasing 2 bottles of raspberry ketones in one transaction. This equates to a 3 month supply.

If you are interested in trying Raspberry Ketone Plus, click on the image below to be taken to the sales page. This is an affiliate link and I will earn a small commission (at no extra cost to you) if you purchase.

You may also be interested in my review on an alternative raspberry ketone supplement – Raspberry Ketone Max. 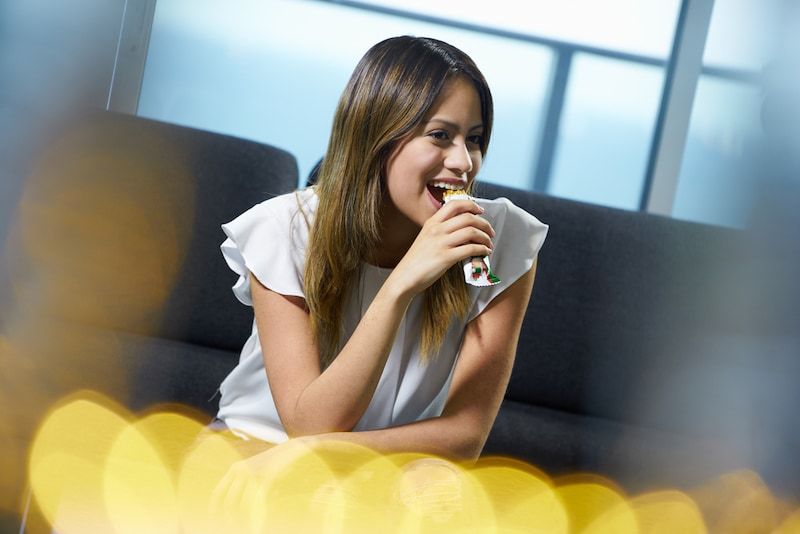 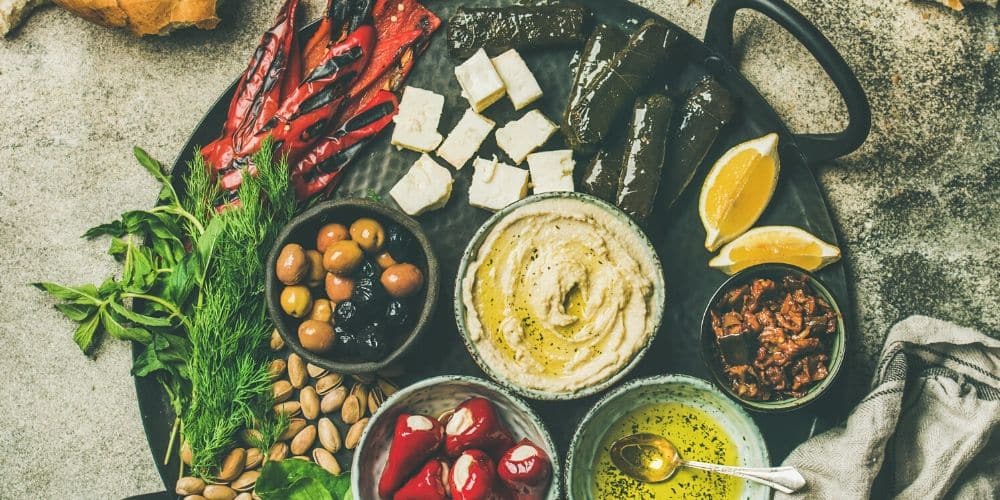 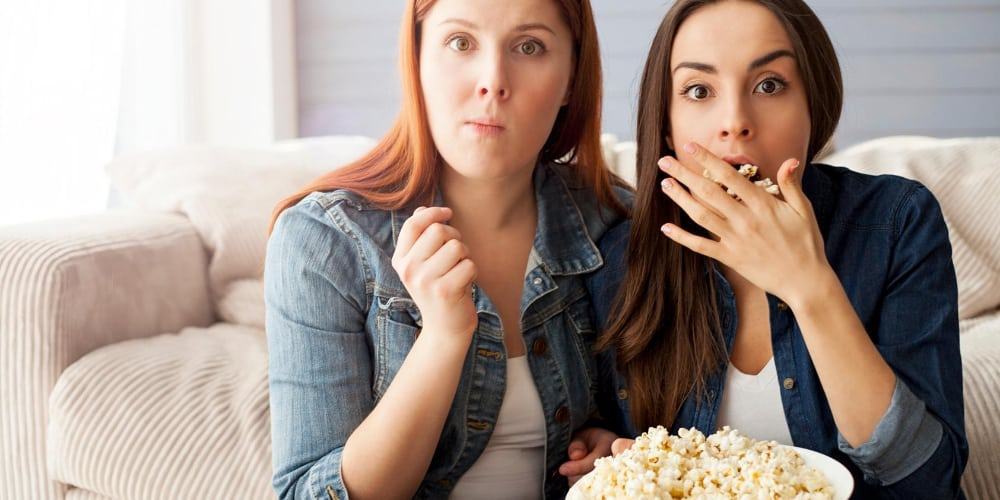 Can You Eat Popcorn on the Keto Diet? 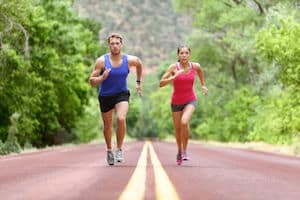 Are Keto Supplements Good For Runners?